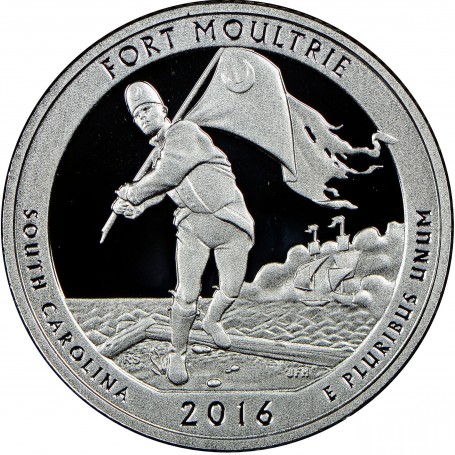 
Design:  Features a depiction of Sergeant William Jasper returning the regimental flag to the ramparts while under attack from a British ship. 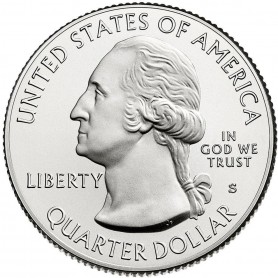 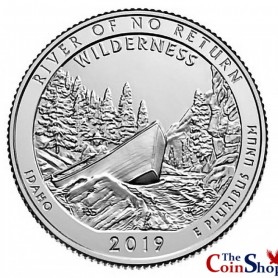